The defense line that had been held for nearly an hour collapsed due to the impact of the unexpected event. The Spaniard lost to Barcelona in an away game and was dropped into the West Division three rounds ahead of schedule. For the Spaniards hopeless to relegation, the Catalan Derby is a rare opportunity for self-examination.

Before Suarez scored, the Spaniard's defense was very good, and several counterattacks were also quite threatening. Rufitt's changes achieved good results. Wu Lei only got a few minutes of playing time in this battle, and failed to complete the task of absolute tie like the first round. 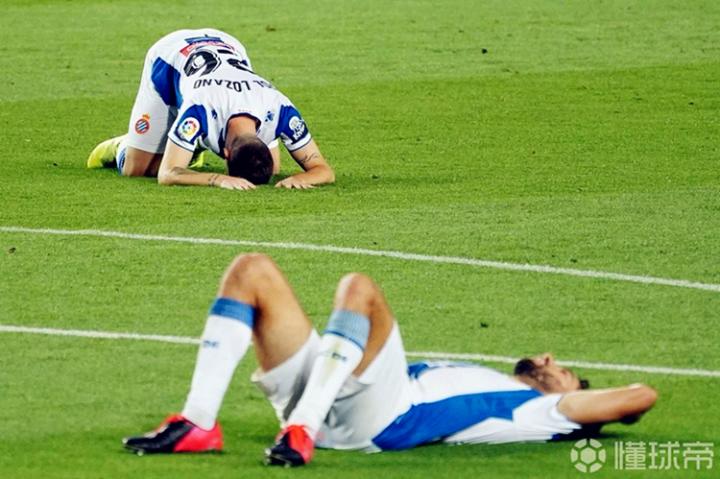 Compared with the game at Villarreal a few days ago, Setien made a fine-tuning of the starting lineup and Rakitic replaced Vidal. The Spaniard's formation is 5311, De Thomas jumps ahead, Embalba cruising behind him.

Rufitt’s strategy at Camp Nou is to defend and counterattack. The two forwards are far away from the opponent’s goal. In the counterattack, they both have to attack the defensive line and also need to control the ball to gain time for the back line friends.

Calelli was suspended with a red card, Vargas and Daddell are not in the starting lineup, Wu Lei is difficult to get too much support on the court, his characteristics are not suitable for the implementation of deep defense tactics, playing off the bench may be more appropriate to attack opponents . 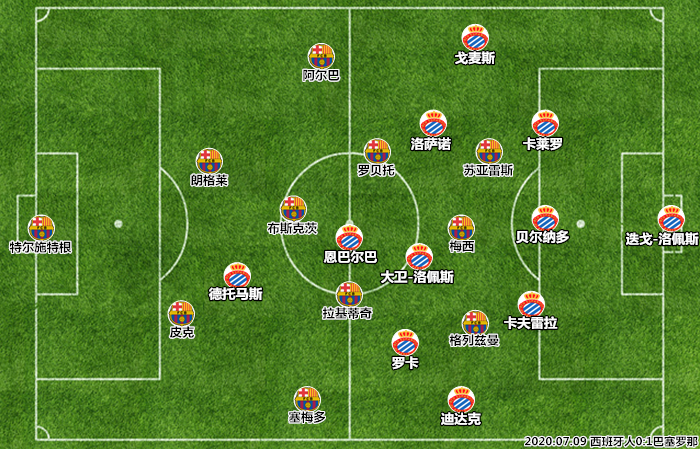 Based on the lessons learned from the loss to Betis and Leganes, Rufitt put on a five-back + three-back defensive system in the away game, intended to fill the center while covering the width of the field.

The Spaniard entered the half-court defensive mode after the opening, using the advantage of the number of midfielders to divert Barcelona's offensive to the wing, and relying on the forwards to complete the transition when counterattacking, attacking Alba and Semedo behind.

The ability of the Barcelona players is better, and the Spaniards did not frequently open their feet. Instead, they tried to organize some backcourt passes, hoping to rely on the width of the formation to push the wing back to the center and the front and increase the number of offenses.

In the first round of the contest, Abelardo arranged for Caleri and Dadel to join the striker. This combination has no speed in the counterattack and can only rely on set-pieces to create opportunities.

The combination of De Thomas and Embalba is highly complementary. They both have a certain individual combat ability, can rely on their personal ability to create threats, and use offense to reduce the pressure on the backcourt players.

The frontcourt players can control the ball, the Spaniard's midfielder and wingback have the opportunity to invest in the attack, Roca and David Lopez both assisted to the front 30 meters performance, Didak in the first half The long-distance attack at the end almost rewrote the score.

In the post-Guardiola era, Barcelona is always trying to break through. The 433 system, which represents Barcelona's tradition, has a different operating form under the interpretation of many coaches.

Recently, Setien adjusted Barcelona's formation to 4312. This move conforms to the general trend of Messi's transformation into a midfielder, giving Griezmann more room for activity.

Because Setien's rotation is very small, Barcelona players appear to be insufficient on the court. The Spaniard's three midfielders did not move fast, but Barcelona's transfer scheduling and weak side attack did not keep up in time, and several attempts to attack the defensive ribs did not succeed.

After changing sides, Setien replaced Fati to strengthen the frontcourt impact. It is quite dramatic that Fati received a red card in just five minutes of the game. The Spaniard has not had time to enjoy the tactical bonus of one more player. Lozano's influence Red's departure made the two sides instantly return to a state of equal numbers.

Two young players were sent off, Barcelona is the side that has benefited more.

The Spaniards were a little distracted after this wave of changes, and the defensive density of the backcourt was also reduced due to attrition. Suarez's goal was initiated from Lozano's defense zone. Embalba has not yet adapted to the role of the right midfielder. Become a background board for conceding goals.

Not only did he fail to get the support of midfielders, but he was also ignored by his striker partners. Wu Lei's loss was not only due to the continuous decline in the recent state, but also restricted by his personal technical shortcomings. The Spaniard's midfield creativity is extremely limited, and what he needs is a forward who can fight independently. Wu Lei does not have the ability to fight alone and is not suitable for long-distance assaults with the ball. He needs his teammates to advance the front line to the 40-meter area of ​​the frontcourt to create a chance for him to grab a point in front of the goal or touch the ball with a kick after turning offside.

Unable to drive teammates and rely on configuration, long time "no ball" will lose the sense of goal, as a "forward" competitiveness is not particularly outstanding, this feature destined Wu Lei is actually a special player. Wu Lei has played 30 times in La Liga this season, 19 of which were the starters, but he was a substitute in the two Catalan derby games. This is no accident. 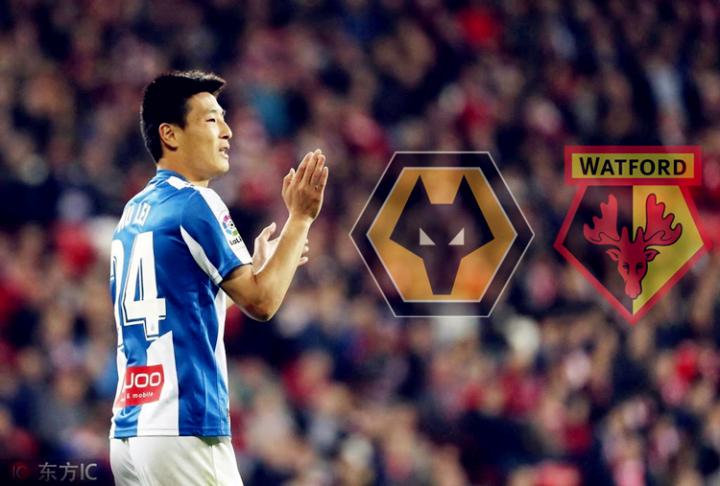 After four coaches in one season, the Spaniard tried many formations. From the opportunist around the center, to serving as a "sider" and part-time "wing guard".

From directly attacking the defensive line as a forward to swaying hard to the side, Wu Lei has changed his role on the field several times in just one year, and has been tempered in a passive way. His tactical execution and self-confidence have made great progress. .

This can be regarded as his biggest gain in "this disappointing season", and the invitation from the Premier League may be the best recognition for him.